Despite of its small sizes, the town of Kiten offers historical and natural attractions to its visitors. Near the town is located the wrapped in a shroud of mystery fortified wall Urdoviza. There is a legend about the fortress, telling about the beautiful and extremely clever boyar, named Stana, who managed to cheat the Turkish Sultan and free 17 villages from heavy taxation. Today, the fortified wall is one of the best preserved in the Black Sea.

Urdoviza fortress was an important Bulgarian stronghold and naval base. Today are preserved 12 stairs, fireplace, and a door with well-defined outlines. According to an ancient story written by Shkorpil brothers, on the south of Urdoviza across the bay was made a stone wall reaching the opposite cape that saved the port from storms. Ships entered trough an opening obstructed by an iron chain. 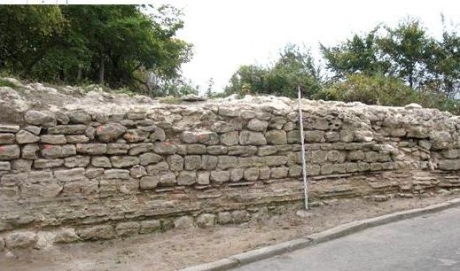 For the mystery lovers near to the town of Kiten there is another magical place – the ancient Thracian sanctuary Beglik Tash.

It’s located on an area of 6 acres in the highest part of Beglik Tash cape near Primorsko. For a long time that place was a part from the hunting lodge of the former head of state Todor Zhivkov, therefore remains hidden to science till 2003. Studies show this place was bursting with human activity since the Bronze Age. Thracians turned it into a sanctuary serving the cult of fertility and the Mother Goddess.

Except as a sanctuary, Beglik Tash can be considered as a sundial. The rock formations are arranged in a way that the sun shadow falls from the main altar on 6 smaller rocks on the north of it. So the dial divides the day in six parts.

For visiting Beglik Tash, you should be prepared for walking on foot. The location is difficult to access by car. On the other hand, the 20-minute walk in a thick forest surely is not for missing, especially having the chance some deer or other forest dweller to make you a company.  Reaching the end of the forest, you will get a large sprawling lawn where is located the Thracian sanctuary. 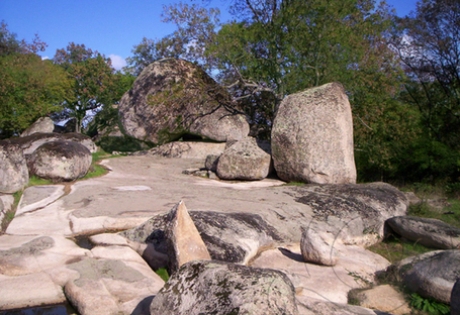 If you like nature walks, then you must surely visit one of the most beautiful reserves in Bulgaria – Ropotamo Reserve and Strandja Nature Park.

When you visit the Ropotamo reserve you get  a great opportunity to feel a pure and virgin nature. The reserve covers the area around the Ropotamo River – a calm river enchanting with its gentle beauty. Over these calm waters are swaying different types of trees including elms, ash-trees, sycamores, etc. Virginia creepers, ivy and other climbing plants are crawling on them. In downstream river waters overflow widely, forming lush meadows or impassable bogs, overgrown with marsh reeds and water lilies. Getting nearer to the sea, the coasts are wreathed by lush greenery, outlining the most beautiful part of the river – a firth, surrounded by forests, green hills and sand dunes. Ropotamo is one of the few places where can be found dense forests – an extremely rare natural phenomenon worldwide. So don’t miss out the chance for a boat trip on the Ropotamo River. Other parts of the reserve are also rock formations "Lion's Head" and "Joyful Rock" and the island of St. Thomas, better known as Snake Island. 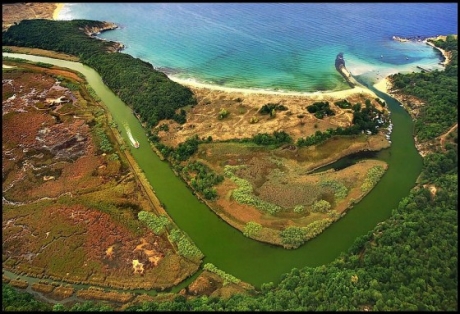 Strandja Nature Park is the largest protected area in Bulgaria and one of the most valuable and exotic European protected areas. It occupies an area of 1161 square km and offers visitors opportunities for unforgettable experience. The low-mountain hilly terrain and network of well-kept hiking trails provide excellent opportunities for walking. In Strandja you will find not only extraordinary wealth of plant and animal species, but also many monuments from Thracian, Hellenistic and Roman eras, as well as Byzantine and Bulgarian Middle Ages. Here can be seen many threatened with extinction plant and animal species, listed in the Red Data Book of the Republic of Bulgaria. The large migratory bird route “Via Pontika”, known since antiquity, passes over the mountain. Stranja mountain has remained one of the last refuges of the Lesser Spotted Eagle and the Egyptian Vulture, and the Imperial Eagles nest on the trees only here. 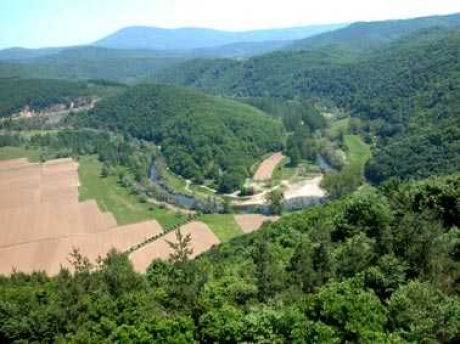 Proofs for the millennial history of the mountain can be found everywhere. Here you can find stone monuments called dolmens, indicating the presence of megalithic culture, necropolis, road stations and ancient buildings preserved from Roman rule. Here is the ancient Thracian sanctuary “Kamenska Barchina”. Unique natural attractions are also Bratanova cave, rock formations, caves and ruins of an early Byzantine fortress around the Mladejka River, “Maharata” cave and the old oak forest around it, “Elenina dupka” cave, etc. 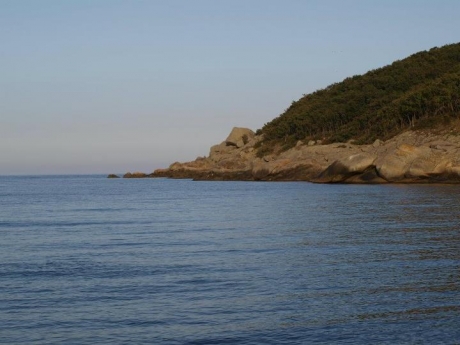 The village is the only one in Bulgaria, which observes an ancient date of the entire ritual execution and dance glow that taka place the night of June the 4th – the day of St. St. Konstantin and Elena in old style.

But fire-dancing is not the only attraction of the village of Bulgari. Situated on the flat back of the mountain ridge surrounded by deep valleys, the village allows you to enjoy the magnificent view of the folded round ridge of Stranja… and not only that.  In the village center you can visit “St. St. Konstantin and Elena” stone church, built during the second half of the 19th century and the fire-dancer’s temple, which holds the sacred fire drum. Within 3 km from the village are located the chapels of St. Kostadin, St. Helena, St. Elias and St. Mary.

Travelling from Burgas to Kiten or vice versa, do not miss to visit a magical place came out as if from a fairytale – “In Love with the Wind” Castle.

The fairy castle is located on the territory of the village of Ravadinovo and it is a fulfilled child’s dream of its founder George Tumpalov. The castle is all green, with a huge garden and a lake with swans. It is unique place for Bulgaria fascinating every single visitor and taking him to another world. Like at every fairy place, here also are told legends for many fountains and small lakes nestling in the lush vegetation. 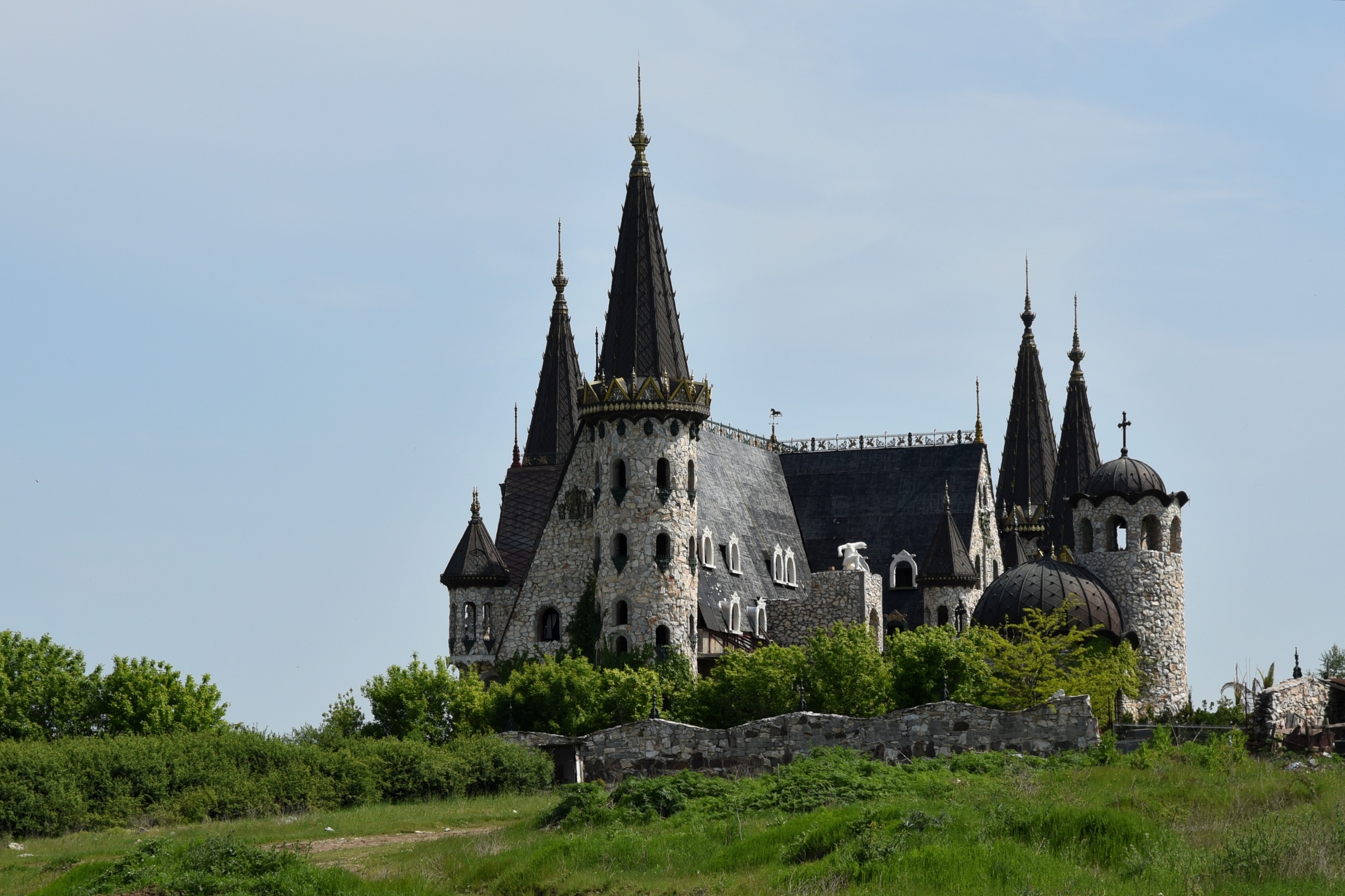 Adventures on the beach, in the town or in the vicinity of Kiten.

Kiten offers many others opportunities for entertainment and adventures. If lying on the beach all day does not seem particularly fun for you, then you can take a walk around the town by bike, ricksha or motor.  You can also rent a car or arrange a jeep safari. There are water-amusement facilities on the beaches in Kiten, offering water motor, boat pulling a water ring, boat pulling a water banana, water wheel, water skiing, water skydiving, kayaking and jet. You can sail with motor yacht and picnic at some of the sheltered bays around Maslen cape, unreachable by land. 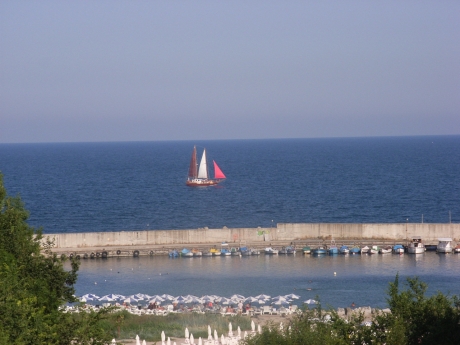 In the resort there is also an equestrian center where you can take training courses, field riding, arena riding and walk in a carriage. 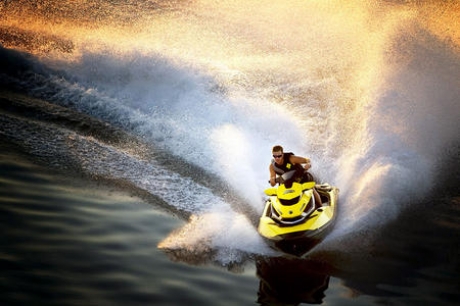 In the town of Kiten is built Luna Park to the delight of the youngest visitors. They can romp there at will, ride a carousel, ferris wheel, gondola, bumper cars, shoot at shooting ground, play foosball, jump with bungee ropes, trampoline and so on.

Trendy bars and clubs, offering a variety of musical styles, care for the night life in the town of Kiten.